I first heard about the GAPS diet about four or five years ago when a friend decided to implement it for her family.  I remember some of the first things she said was that she had really prayed through this decision and wrestled with it, wondering if this was the best choice for them and if it would really help.  “It’s just such big decision that will really change and affect the way we eat.” 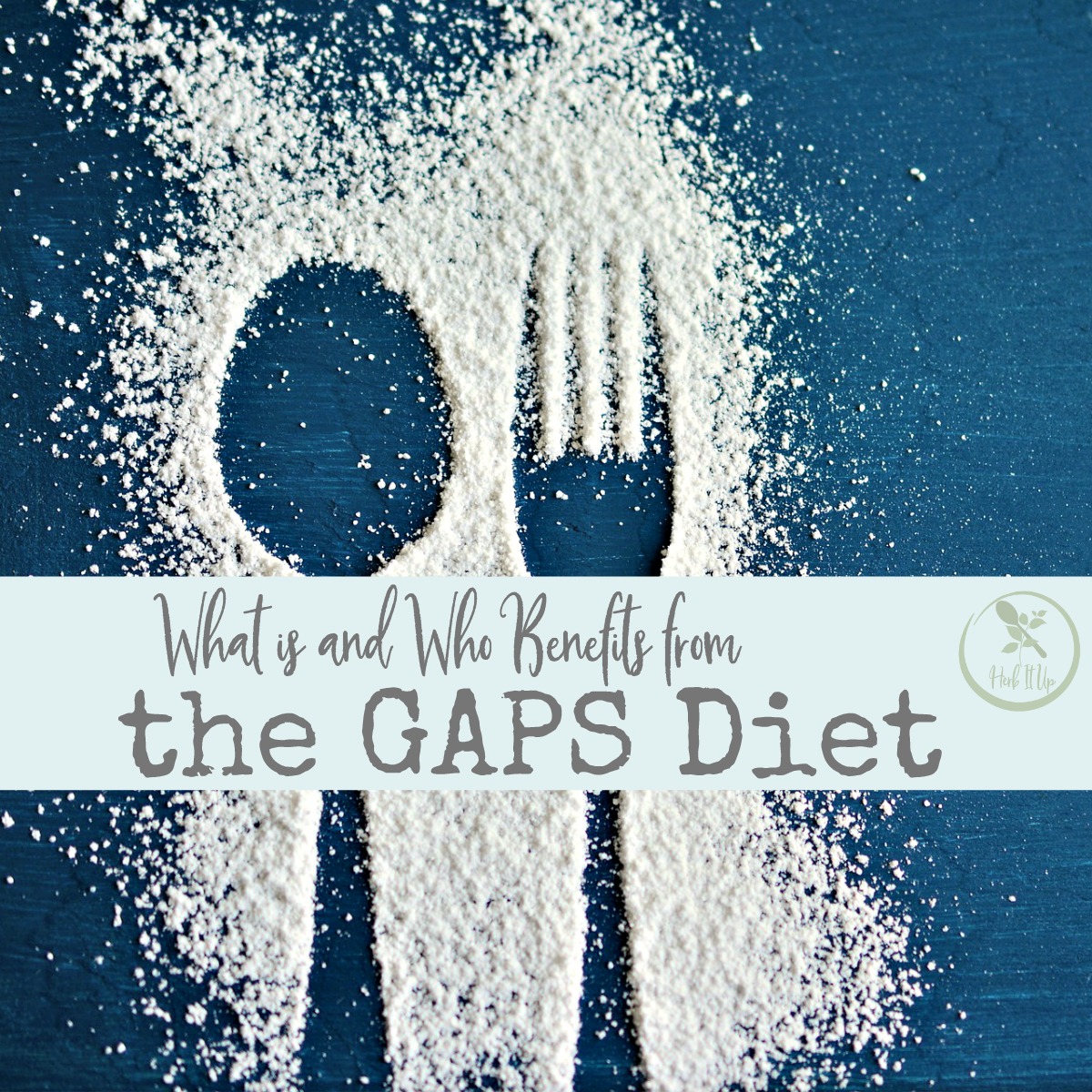 I finally asked her, “What exactly is this GAPS diet and what is it supposed to do?”  Instead of trying to explain it to me she just gave me the book to read.  (Get your own copy here.)  And wow!  Although my friend was working on healing their gut to improve some major health issues they had, I realized that it would be beneficial for our family as well.  Gut dysbiosis, leaky gut, IBS, and even allergies were all things that we needed help with.

And so began our journey into the GAPS diet.  But if you’re like me and still asking, “What is this GAPS diet and why is it so intense?  And what does GAPS even stand for?”  Let’s dive right in.

What does GAPS stand for?

GAPS is an acronym for Gut and Psychology Syndrome.  Dr. Natasha Campbell-McBride who holds a degree in Medicine and Postgraduate Degrees in both Neurology and Human Nutrition, came up with the term “Gut And Psychology Syndrome or GAPS” because of the connection between the gut and the health issues being exhibited by children she saw and treated.  And because these children were often falling into a gap in the medical knowledge and treatment of their health.

The GAPS diet is actually a dietary protocol to improve and heal the gut of anyone who would be considered a “GAPS patient”.  These are typically people who have or exhibit autism, dyslexia, depression, dyspraxia, ADD, ADHD and schizophrenia, although those with numerous other health concerns can benefit from it as well.  Children and adults with these and many other health issues often, if not always, all have digestive disorders as well.  And what Dr. Campbell-McBride found was that if the gut heals, you can heal or significantly improve these other concerns as well.

Because of her degrees in nutrition and medicine, this gave her an edge in working with and improving the gut.  But she also is a mom to a fully recovered autistic child which gave her even more passion to help these children.  After several years of successfully working with patients in her clinic, The Cambridge Nutrition Clinic, she published the book, Gut and Psychology Syndrome. This book put her protocol into the hands of thousands of parents and caregivers walking them through the GAPS diet and enabling them to follow the protocol and experience the results she has seen in her clinic.

What is the GAPS diet based on?

The diet that Dr. Campbell-McBride put her patients on was actually invented by American pediatrician Dr. Sidney Valentine Haas in the early 20th century.  He called it the Specific Carbohydrate Diet (SCD) and had success with over 600 patients who implemented it.  Dr. Haas was actually working with patients who had been diagnosed with celiac disease and had excellent results.

Unfortunately, at that time celiac had not been narrowed down to gluten intolerance and so people with many different digestive disorders were being successfully treated with SCD.  I say unfortunate because once celiac was diagnosed as specifically gluten intolerance those who were diagnosed with celiac were then told to just eat a gluten free diet and the SCD diet began to be “outdated”.  All the others with digestive disorders, but not true celiac, fell by the wayside.  And many celiac patients didn’t respond as well to a gluten-free diet as they did the SCD, and this is still the case today.

The Specific Carbohydrate Diet may have been totally forgotten if it hadn’t been for a mom searching for help for her own daughter.  Once she found Dr. Haas and implemented the SCD she saw tremendous results.  She went on to help others who suffered with Crohn’s disease, ulcerative colitis, celiac, diverticulitis, and other digestive disorders.  She even wrote a book detailing the specifics of the diet and how to implement it.

It was on all of this foundation that Dr. Campbell-McBride build her protocols, tweaking each as necessary for her parents or patients.  But the core of the diet was always the same and throughout the years it became known as the GAPS diet.

Who can benefit from the GAPS diet?

When reading the cover of the book, it is easy to see that the GAPS diet protocol was originally designed for people on the autism spectrum, those with ADHD, asthma and eczema, dyspraxia and dyslexia.  But because the diet is specifically designed to allow the gut to heal, anyone with gut dysbiosis, leaky gut, or any other digestive complaints would benefit from following the diet.  Anyone with food intolerance or sensitivities would also benefit from following the GAPS diet.

Why would so many people benefit from GAPS?  Quite simply because most of the population in the United States today has some level of gut dysbiosis.  What does that mean?  There are billions of microbes that inhabit our digestive tract-it was once stated that we are more bacteria than anything else.  And these microbes must live in a balanced ecosystem.  Some of these are good microbes that keep us healthy and ward off disease and toxins, but some of the microbes are not good or have the potential to be toxic if not kept in check.  It is when this sensitive array of microbes gets out of balance and the bad microbes or even foreign microbes become too populous for the good microbes to handle that gut dysbiosis happens.  The after affect of this is sickness and disease.

Many of us experience symptoms of this everyday through digestive disorders, seasonal allergies, and disease.  Some of us experience sporadic issues, flaring up then subsiding for a period of time only to reoccur when triggered by food, stress or other toxins.  Regardless of which situation you may fall into, the GAPS diet could benefit you.  Even if you aren’t experiencing significant or regular issues, you could find out your triggers and eliminate them preventing further damage to your gut.

But when I say the GAPS diet could benefit many people, I want you to understand the full GAPS diet takes about two years.  And while, yes, many people need to take that much time going through it, there are others who could benefit from a short-term GAPS protocol which is how we plan to do the diet.

What does the GAPS diet entail?

In simplest terms, the GAPS diet removes those foods that are the hardest to digest, are known to irritate the digestive system, and are known allergens and toxins.   While many starchy foods and complex carbohydrates are initially removed, it is important to note, the GAPS diet does not intend to remove all foods in a certain food group. Nor does it encourage eating only certain other food groups, as we see in other diets.  And it is also involves the addition of fermented, real foods into the diet-foods that are nutrient dense and full of living enzymes and probiotics.

At the beginning, many foods are eliminated from a person’s diet that are harder to digest, even many otherwise healthy foods.  As the individual progresses through the diet, many of these are added back into the diet as the gut heals and as tolerated by each individual.  By the end of the diet, most all real, foods-meats, fermented and raw dairy, vegetables, fruits, nuts and seeds, beans and peas, and also fermented (sourdough) or sprouted healthy grains are allowed.

The biggest thing to remember is that the GAPS diet is a way of eating that allows and encourages healing of the gut.  It wasn’t invented for weight loss, toning up or improving muscle mass.   The full protocol GAPS diet usually takes two years to complete, sometimes longer.  It really depends on the individual and the severity of their gut and overall health.  There are three parts to the GAPS diet:

The Introduction diet is the quickest way to soothe and heal the gut lining and is important for those with more severe digestive issues.  Also those with food allergies or intolerances can do well by starting with the Introduction diet.  It involves removing many foods that further irritate the sensitive gut lining and only consuming foods that are very easily digested and nourish the gut.  The Intro diet actually consist of six stages that are progressed through as each individual sees results.  For some this could be a matter of a few weeks, but for others with severe health concerns, it could be a year.

When broken down, the Introduction diet begins with a ton of broth, fermented vegetables and even fermented dairy if tolerated, eggs, and well cooked vegetables and meats cooked in soups and stews.  Stages one through three contain most of the same foods, but each stage adds more of the fermented foods, eggs, nuts,  and even avocados.  By stage four, grilled and roasted meats are added along with fresh pressed vegetable juices and “bread” made with nut flours. Stage five adds in cooked fruits, fresh pressed fruit juices and raw vegetables.  The final stage will add in raw fruits and cooked “cakes” or desserts which use ingredients that are already allowed and sweetened with fruit.

Those with slight or moderate digestive disorders may be able to dive straight into the full GAPS protocol.  This is the part of the diet that should be followed for quite some time-usually one to two years.  This part of the diet is pretty much a continuation of stage six of the Intro diet.  All “allowed” foods can be eaten during this time including meats, raw and cooked vegetables and fruit, nuts and seeds and baked goods made from nut flours and sweetened with fruit or honey.  (You can get the book here for a complete list of allowed and non-allowed foods.)

Once you have completed at least six months or more of the full GAPS diet and have seen significant improvement, the individual can come off the GAPS diet.  But that does not mean they will begin eating processed, sugary foods commonly found in our modern diets.  This will be a time of adding back in those starchy vegetables, gluten free grains, and even sourdough.  The key is to use this time to teach healthy eating habits and set the stage for lifelong health through good food choices. 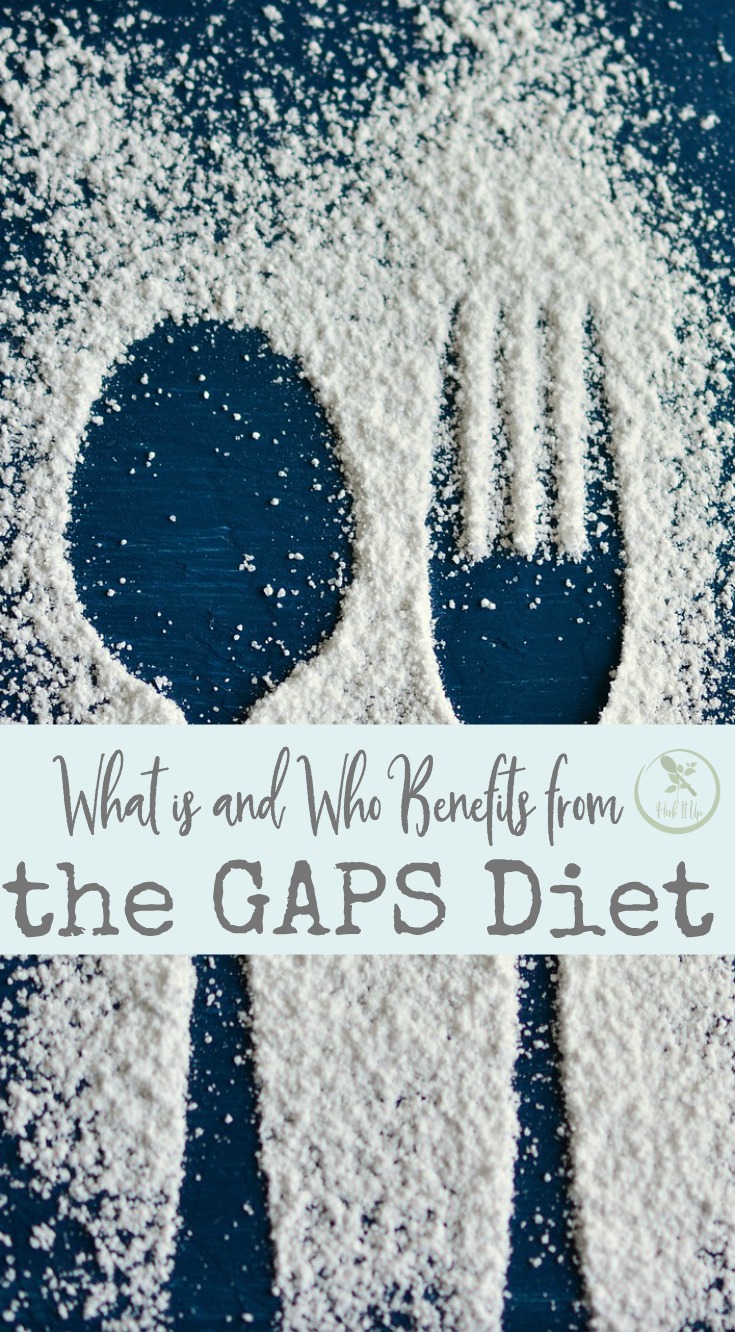 Should we do the GAPS diet and how do we do it?

Although GAPS is a very rigid protocol, it can be done with success on a smaller scale.  And once you get to the full GAPS diet, it isn’t as restrictive and can be manageable.  The key is to meal plan and prep.  To see how we are implementing it along with our meal plans and recipes, you can sign up for my email list to get all the goods.  You can also watch my video on why we are choosing to implement the GAPS diet here.

How to Make Sour Cream

How to Make Meat and Bone Broth

The Shop is Open!

Welcome to the Herb It Up Shop Dismiss